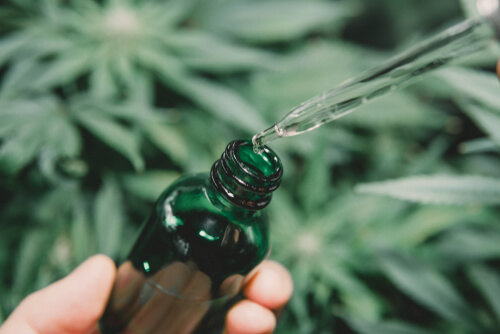 Concentrated forms of CBD have an upper hand over less potent CBD forms. CBD hash differs from regular marijuana hash in terms of the percentages of its individual plant phytochemicals. It is extracted from the trichomes of female cannabis plants that contain cannabinoids, terpenes, flavonoids, etc in their resin. The powder-like extract of the trichomes is pressed into solid bricks of CBD hash.

The legality of CBD products is determined by the regulations that came into effect as a result of the US Farm Bill,2018. As per the bill, hemp is defined as the cannabis plant or its derivatives that contain less than 0.3% THC. Being a cannabis plant, CBD hemp was included in the list of Controlled Drug substances. After the US Farm Bill came into effect, hemp began to be identified as an agricultural product.

As CBD hash is extracted from hemp, it is legal in the US, provided the THC content does not exceed 0.3%.

How To Use CBD Hash?

The variety in the methods of using CBD hash is attributed to its versatility. Cannabidiol in CBD hash is mostly present in the form of cannabidiolic acid (CBDa). The conversion of CBDa to CBD by the application of heat is called decarboxylation.

As intake methods like vaping and smoking involve heat, decarboxylation takes place on the go. If you plan to add CBD hash to edibles, make sure that the CBD hash is decarboxylated prior to adding it to edibles.

In order to vape CBD hash, you would require vaporizing equipment that heats up the CBD hash resulting in the formation of vapors that are inhaled through the mouthpiece of the vaporizer. The vaporizing temperature is sufficient to decarboxylate the cannabis hash.

If you prefer smoking, you may roll CBD hash into a joint and inhale the smoke produced by burning the CBD hash inside the joint. CBD takes effect in less time if we choose the intake methods, smoking or vaping. However, smoking is less safe when compared to vaping because the smoke can cause irritation to the respiratory tract. However, smoking CBD hash will not turn out to be addictive, unlike smoking tobacco.

Because of its high concentration, smaller doses of CBD hash is more than enough to give the expectant results from CBD intake.